Queens Suite - Deck 9 - Cabin 9047
Gala Evening
During the early hours of this morning, we entered the Red Sea and are now technically out of the "pirate infested waters". On the left hand side is Eritrea and on the right is Yemen.

Now we can have our cabin curtains open at night and the decks will be open and lit again. I couldn't understand why we had to go to such lengths to become invisible to the pirates. Surely any self respecting pirate would be able to spot a ship as huge as the Queen Mary!

Question - what colour is the Red Sea?
Answer - red. (all due to the plankton that turns red when the sea temperature gets very hot, then the fish come along and eat it and the status quo is returned - nice, blue sea)

Today a week ago, we flew out of Sydney to Dubai. It seems ages ago!

After breakfast, I went for a walk around the deck and kept bumping into Robin and stopping to talk. So after only four laps, I decided to have a swim. I went in the Minnow Pool on Deck 6 but a lady pointed out a deeper pool to me a couple of decks up, so I'll try that one this afternoon. It never ceases to amaze me the number of "bright white" English people, who lie in the sun and get redder and redder as their skin burns. Haven't they heard of Melanoma - the biggest killer of Australians? But I have to admit that the Northern Hemisphere sun is a lot kinder than ours in Australia. 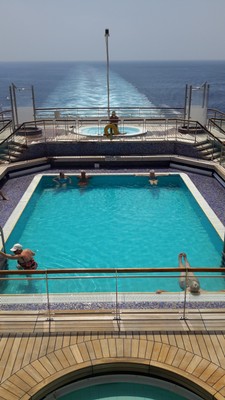 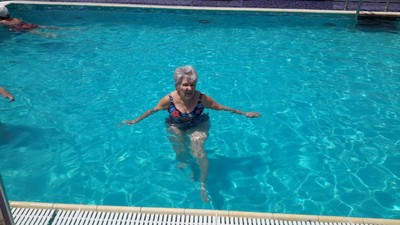 It is much hotter today - 30 degrees. How it is going to drop to 6 degrees in Petra, I just can't imagine.

Around mid afternoon, a speed boat arrived to take onboard the soldiers/marines and their weapons who had been onboard the QM2 to protect us from any pirate threat. It was all quite exciting. 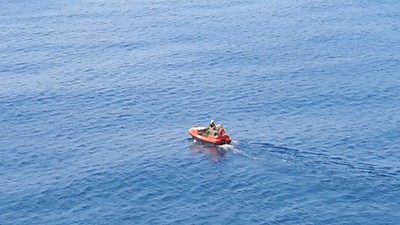 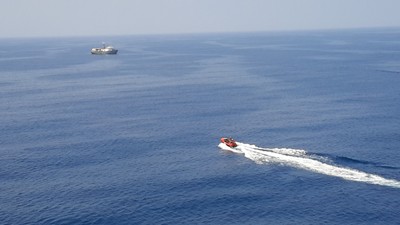 The Cunard crockery is by Wedgwood and the glassware is Waterford. Lovely.

Spent a relaxing afternoon in the cabin and on the balcony, reading and dozing. Time for a G&T then dressed for dinner. It was a gala evening, so guys in dinner suits and ladies in equivalent attire. The table next to us had suckling pig and we have ordered one for next week and invited two others to join us.

The maitre de made us all crepe suzettes for dessert. Yummy. 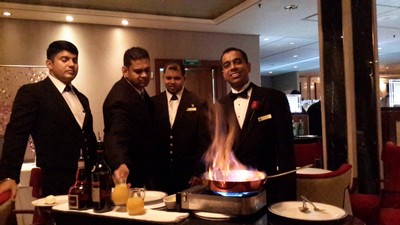 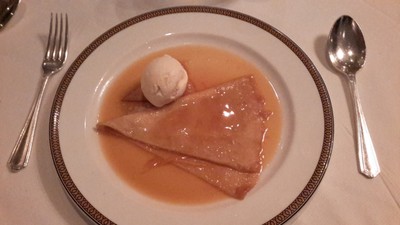 After dinner we went to the Rhythm of the Night show. Singers and dancers. It was pretty good but Chris said that the shows this time aren't as good as other cruises. But it was a nice way to end the evening. 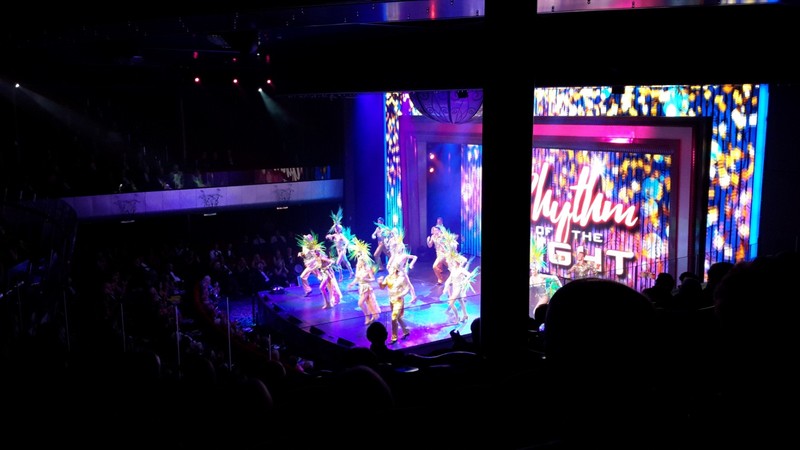 Now that the pirate threat has gone, we were able to walk along the deck at night. 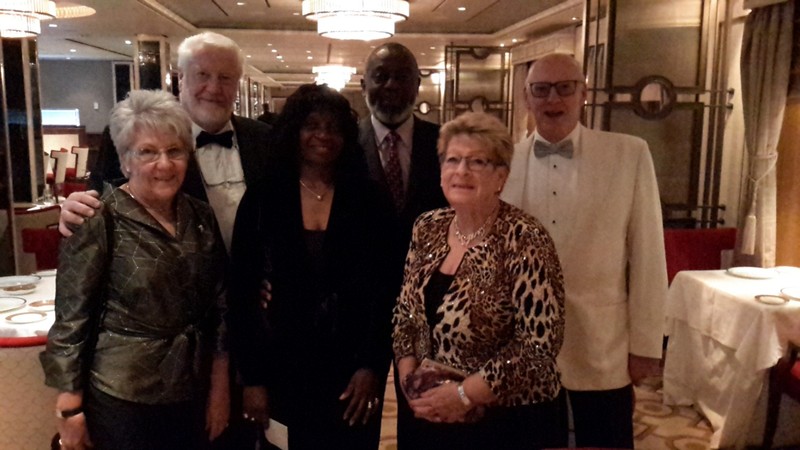 Posted by gaddingabout 03:30 Archived in Jordan