We finally got our act together and went to breakfast at the college a bit earlier than usual and, surprise, surprise, there were quite a few people there.

After breakfast we caught an Uber to Mark and Spencers at Islington. We are still in search of the big men's trousers. None in this store, but try Oxford Circus. Mobiles are still an issue so we have to keep ducking into Macdonalds to use their wifi! So we arrive at Marks and Sparks at Oxford Circus and no, they don't have big men's clothes there either. You have to order them on line!! This is turning into a mammoth exercise in frustration!

So we find a couple of styles that Phil likes, gets measured up, pay close to 100 pounds and order them to be sent to the Islington store tomorrow. Not that I'm a betting woman, but I bet we end up with no pants at all!

We phoned for an Uber and asked him to take us the the grotty roller door with Lebara on the top. It was open, but unfortunately it was just a kiosk and he wasn't any help at all. He just sells sims cards, and that's it.

So on the walk back to the hotel, we called in to a shop and bought another sim card for my phone from Lycamobile. Back in the room I activated it and it now looks like everything is working and will do until we leave the UK. In total frustration with Lebara, Phil phoned them and paid more money for a top up, so now his mobile is working too!

I sent a very scathing email to Lebara. Let's hope we get some action, but it's too late. Only a refund of our 30 pounds will suffice at this stage.

We dressed for the theatre and caught a cab to the Old Vic where we will be seeing All My Sons later on. We found a wonderful Italian restaurant, where everyone was squashed in but it was so atmospheric. A lot of the diners were going to the play. 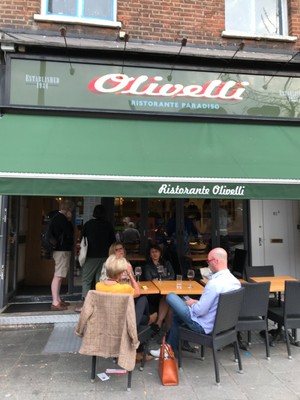 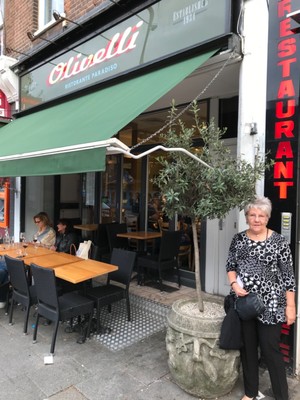 The play was quite long and it was very hot in the theatre. The actors were excellent - Sally Field and Bill Pullman as the mother and father but the play was long and slow and didn't build up to much of a climax. I just don't get Arthur Miller. Maybe the plot is a bit old these days. 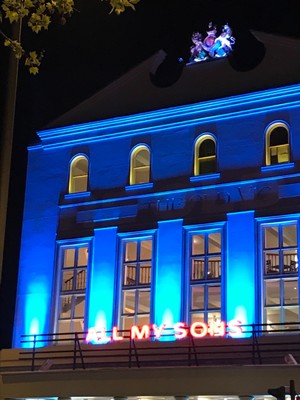 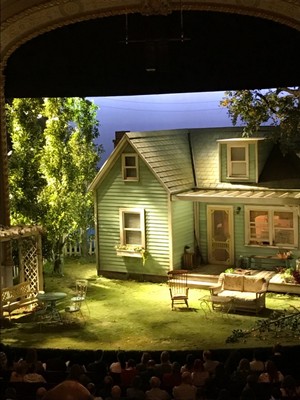 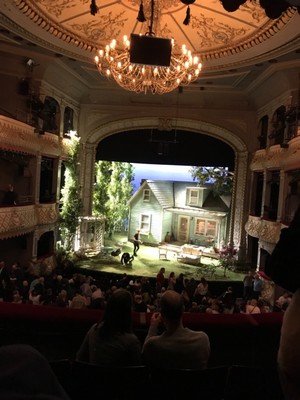 In bed by midnight. I'm tired.

Posted by gaddingabout 11:06 Archived in England