This morning we caught an Uber taxi to Marks and Spencers at Islington where four pairs of trousers were waiting for Phil to try on. Surprise, surprise - two of them fitted so we left with two new pairs of casual chino trousers. Success! When we came out of the shop, it was raining - quite hard, so we ducked into a pub to have a discussion about what to do next. We decided to phone a cab and come back to the hotel, which we did.

We only had enough time to google restaurants in the vicinity of the Queen's Theatre where we are attending a performance of Les Miserables this afternoon before we phoned for another taxi and off we went. Unfortunately, the Queen's Theatre is in Shaftesbury Road and there are a lot of road works going on there so it takes ages and ages to get down this road. It was the same yesterday when we were on the Hop On Hop Off bus. We were stuck in Shaftesbury Avenue for ages.

We picked up our tickets from the Box Office (I only ordered them on line last night) an had lunch in a nice little Italian Restaurant just down the road. 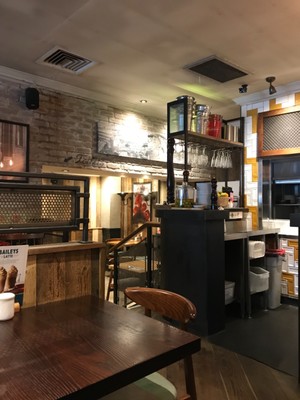 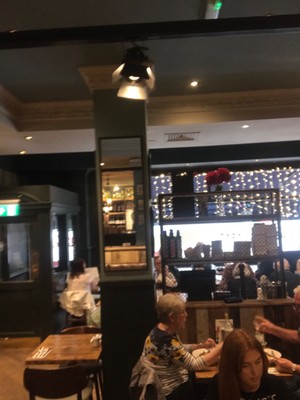 We had great seats - in the middle of the second row in the Dress Circle. 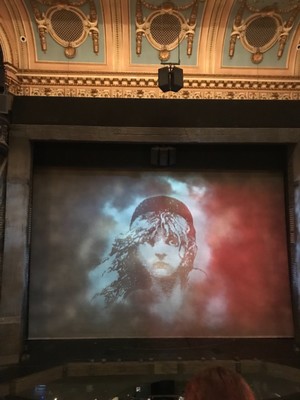 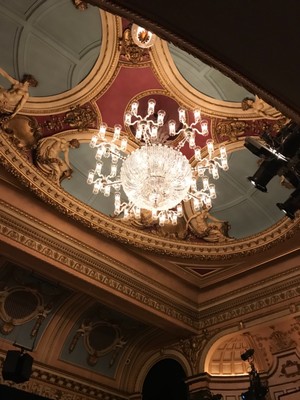 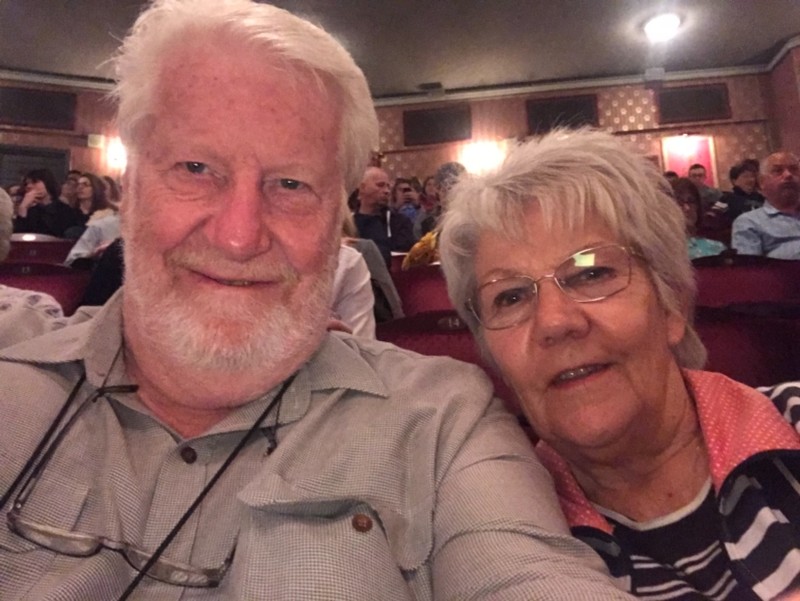 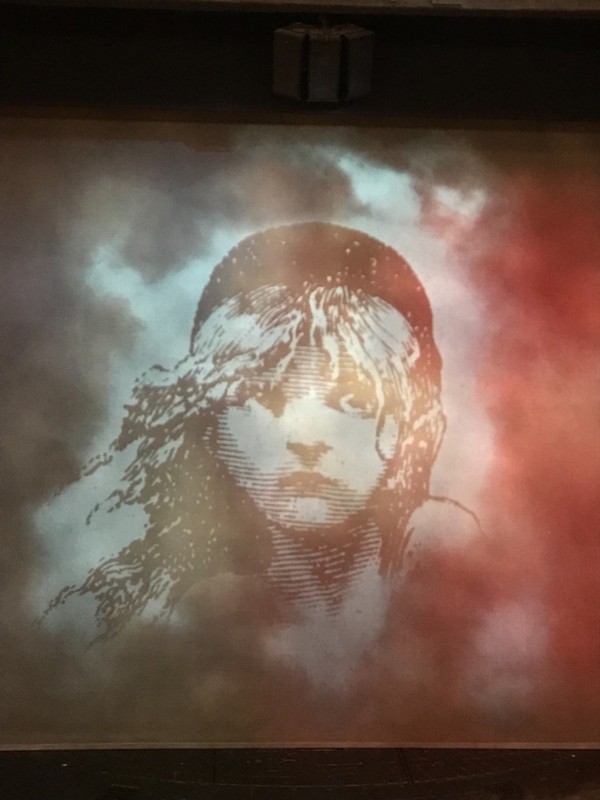 And so it began. My God - it is the longest running musical EVER and you can see why. I had seen it in Sydney about 30 years ago but Phil had never seen it, so I was so glad when he said he would like to see it. He loved it and was amazed at the set production and the performers. They were SO good. I really can't remember feeling so emotional the last time I saw it but today I cried all the way through the second half and quite a bit of the first half. I am emotionally drained! Must be getting soft in my old age. 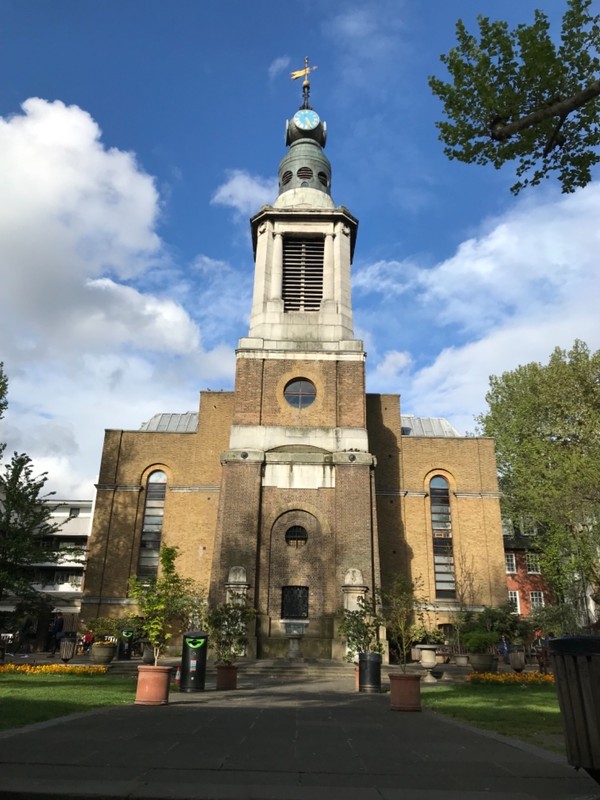 This is St Anne's Church, just around the corner from the theatre.

Back at our hotel and are spending the night in and having an early night, getting ready for ANZAC Day tomorrow, when we will be attending a service in Westminster Abbey, as guests of the Australian High Commission.

Posted by gaddingabout 10:24 Archived in England