Late breakfast at Freddies again this morning. It is semi overcast and the wind has a bite to it. Freddies is quite small so there is always some searching for a table. This morning there was a lot of chaos and they ran out of fruit and mugs for tea and coffee. But all was replenished eventually.

Phil has discovered WhatsApp and has started phoning people at home! Watch out.

We caught a taxi to the theatre to pick up the tickets for The Lion King and with an hour to kill, we popped into a French cafe and had coffee and carrot cake. 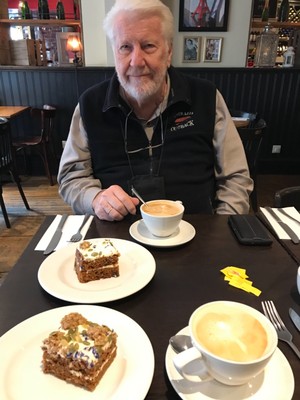 We have great seats again - in the Royal Circle - second row - in the middle. And we are sitting next to an Australian girl from Sydney. They're everywhere. The theatre is old and dark but quite ornate. In a couple of the boxes, there are bongo drums and drummers set up, waiting for the show to begin. 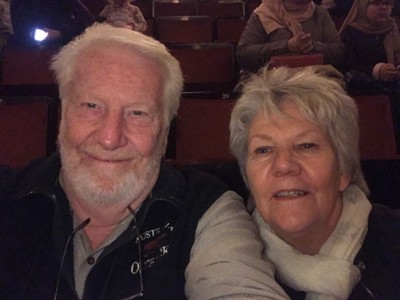 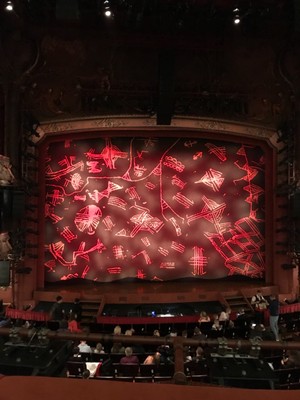 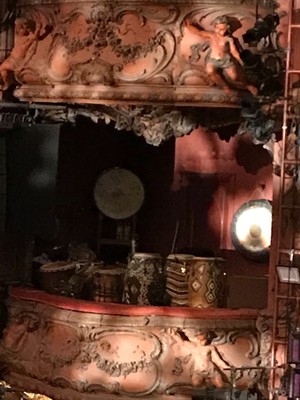 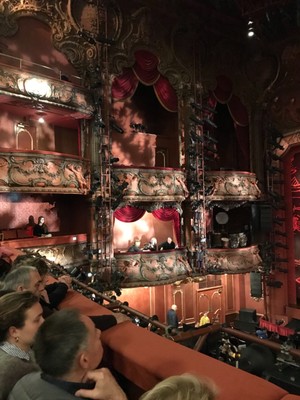 The sets in the show were stunning. Pity photos aren't allowed. Sometimes the set was so busy, you just didn't know where to look. All our shows in London are done now and the verdict is:

In order of our most favourite - Tina Turner the Musical and Les Miserables are in a tie for first; Aladdin a very close second, followed by The Lion King and last of all, All Our Sons. We have had a great time in the West End, attending all these fantastic shows. Phil dozes during the first half but stays awake for the second half. I think I should only have to pay half price for his tickets!

After the show, we wandered along Drury Lane looking for somewhere to have dinner. We stumbled across the most unique restaurant in Drury Lane called Sarastro. It was gorgeous. There was stuff everywhere - hanging from the ceiling and instead of tables and chairs, there were boxes and booths . It was all very romantic. The table cloths were crushed velvet and a lot of the memorabilia came from shows that had been performed in the Drury Lane / West End area. Fantastic place. 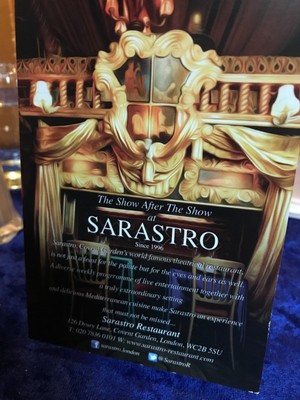 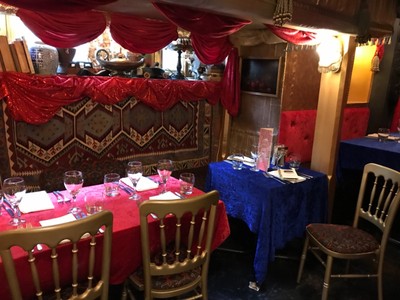 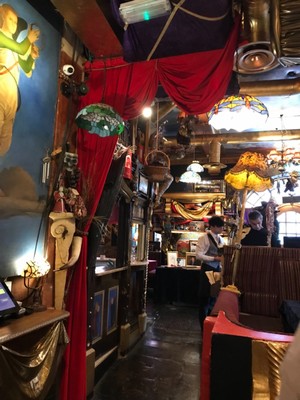 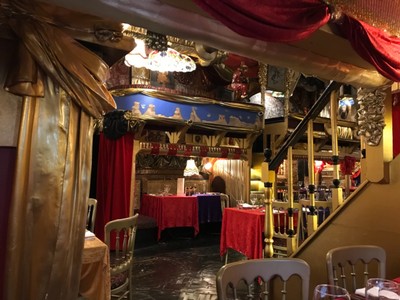 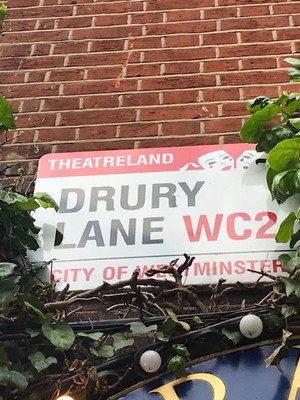 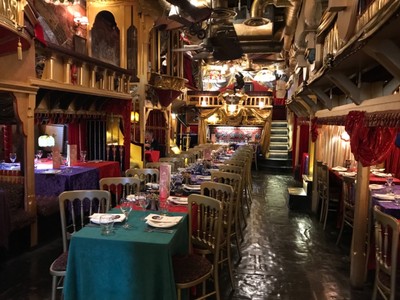 The restaurant is named after a character in Mozart's Magic Flute and first opened its doors in 1996. It was once a public house. The owner was Richard Niazi who died in 2008. His funeral was "the show he wanted after the show he had lived" with gypsy musicians playing samba music in the street as his cortege was led down Drury Lane. He was laid to rest in Nicosia, Cyprus. The restaurant was left to his daughter Sibel and her uncle Murad. A very unique place and one dinner we will remember for a long time. 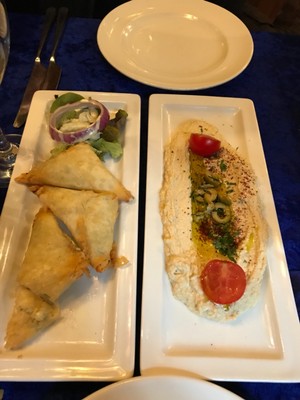 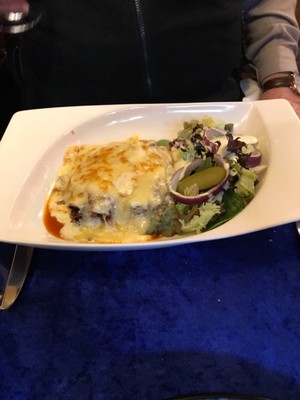 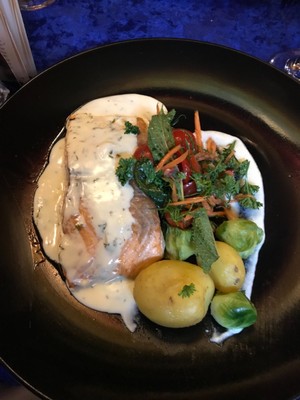 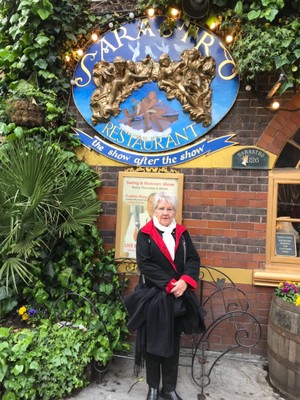 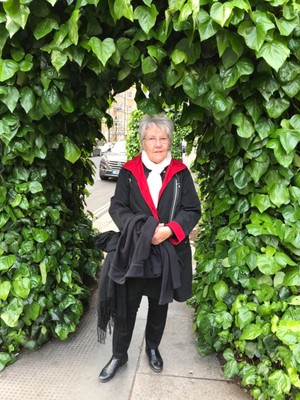 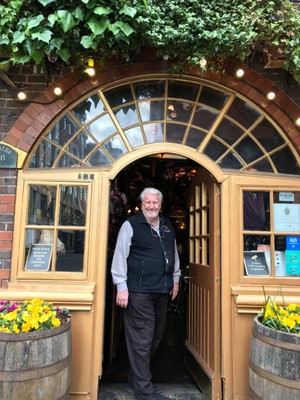 While we were waiting for our taxi, these girls came along, all set for a big night. The girl second from the right had run in the London Marathon this morning and did it in three hours. She looked great - not like she had run in a marathon at all, and now they were going to celebrate. 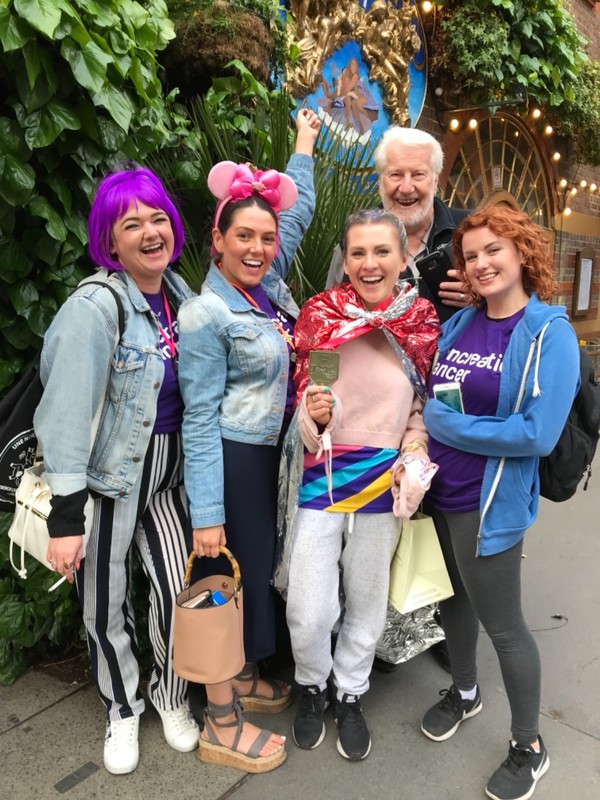 The wind has dropped and it's not quite as cold, so hopefully we are heading for the high teens tomorrow - our last day in London.

Posted by gaddingabout 11:22 Archived in England