As I mentioned yesterday, Phil has discovered WhatsApp and encouraged his mate in Australia to install it and use it. Well he did, didn't he - at 3.30 am London time!!! (Which was a surprise that they would make such a mistake because they are world travellers and know all about time differences).

It is a bit overcast today and a bit cool, with a max of 16 degrees. We will be out and about today for our last day in London.

Receiving phone calls and messages as the other Aussies start arriving in the UK for the Royal Victorian Order Service this coming Friday.

We caught an Uber taxi into the London Eye. We had the most miserable Bulgarian Turk that I have ever met. He was morose and negative and nothing made him happy. Up until now, all our Uber drivers have been happy and talkative - not this one!

There are quite a few people around but the queues are moving quickly. We bought a ticket for the Eye River Cruise and the London Eye. The cruise was time specific so we lined up and went on the 40 minute cruise along the Thames first. It gives you a different perspective to view the lovely buildings from the river. And in one of the photos, if you look very hard, you will see the only piece of London beach! 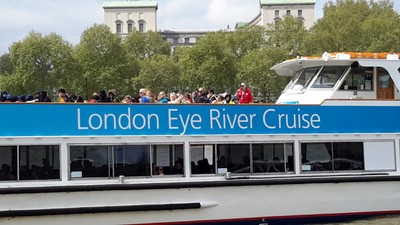 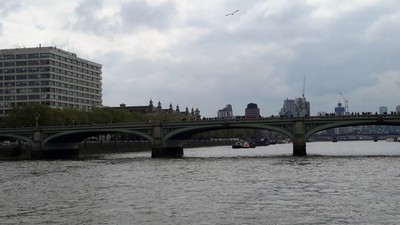 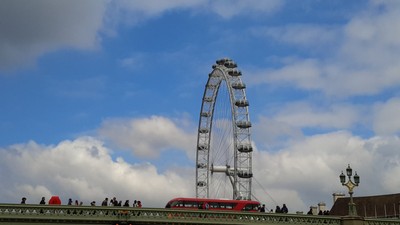 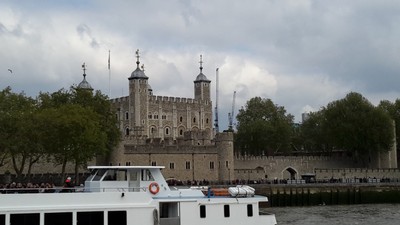 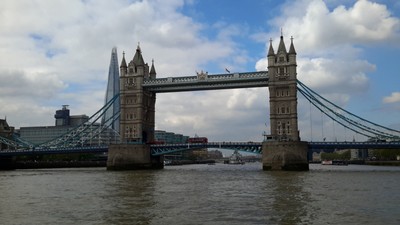 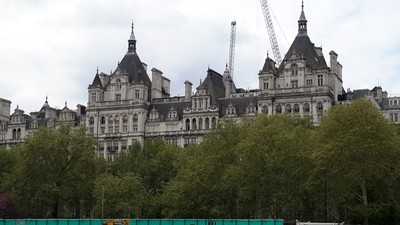 Here is the beach photo and these red pylons once belonged to a railway bridge that has since been pulled down, but when they tried to demolish the pylons, they discovered they were just too well built and would have to use dynamite to get rid of them and that option was too dangerous for the other bridges nearby, so they decided to leave them. 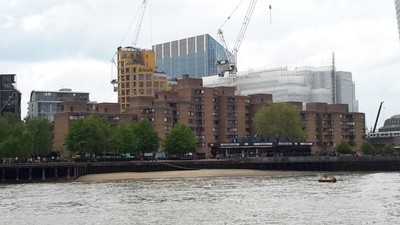 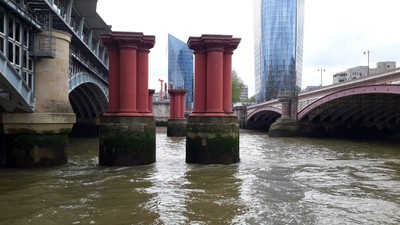 After the river cruise, we lined up for our ride on The London Eye. The queue wasn't very long either and in no time we were stepping into the capsule and off we went. The views from up here are lovely. 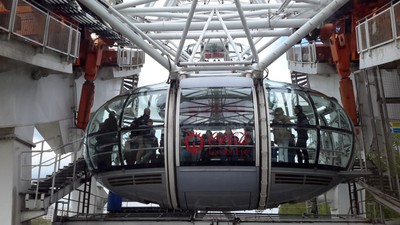 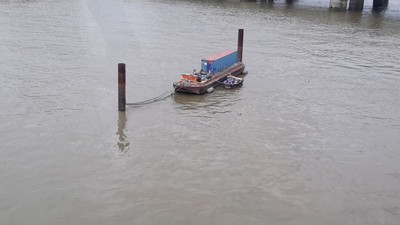 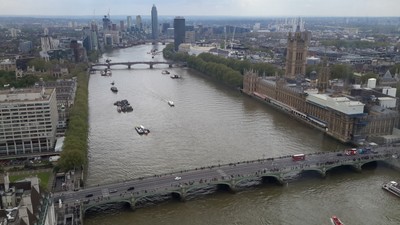 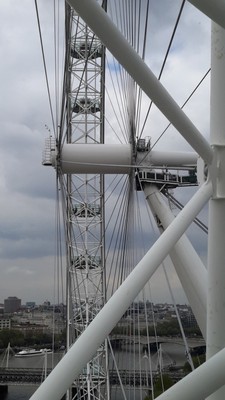 We decided to walk to the corner and catch an Uber back home and then we spied the "find" of the century - Gail's Bakery. It is light, modern and welcoming and we took ages gazing at all the delicious food, trying to decide what to order. Finally, we decided on two coffees, a sausage roll, a cheese stick and a berry and custard brioche. Oh wow! It was simply delicious. If I lived in this area, it would be my "go to place", for sure. 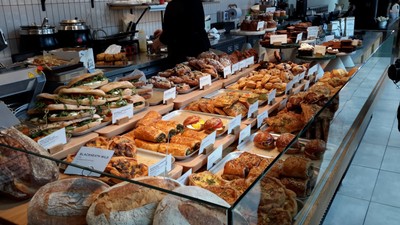 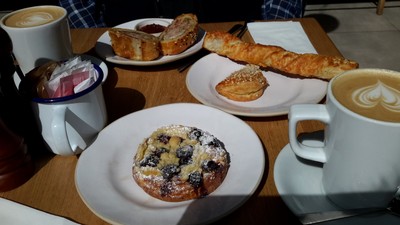 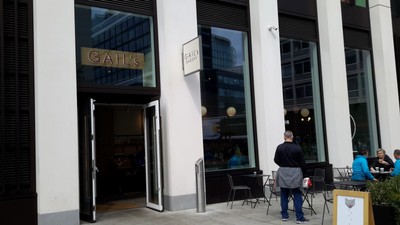 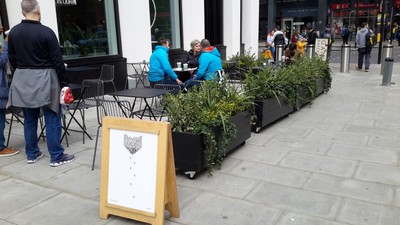 My 28 degree card has had about three rejections (last night and today), so we came home and checked on our statements. Seems my credit is sailing a bit close to the wind, so we paid our account, so now hopefully everything will be okay until we reach home in a week's time.

Spending this evening packing, as we are checking out tomorrow and heading for Windsor.

Posted by gaddingabout 12:09 Archived in England