Queens Suite - Deck 9 - Cabin 9047
Last night we anchored in the Red Sea at the entrance to the Suez Canal and started to sail through the Suez Canal at 4 am. It will take us 10 hours to get through. We are cruising at 6 knots. We started in a convoy of five ships - two container ships, the Costa Victoria, the Queen Mary 2, followed by another container ship, then 20 more ships joined our convoy. 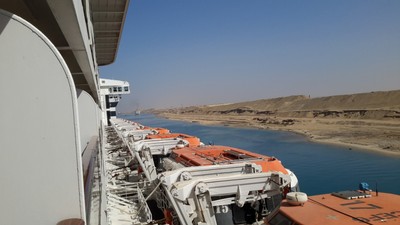 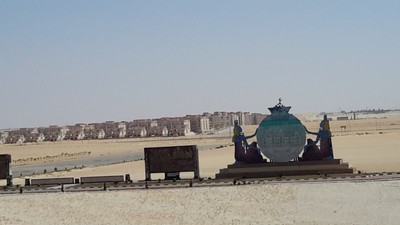 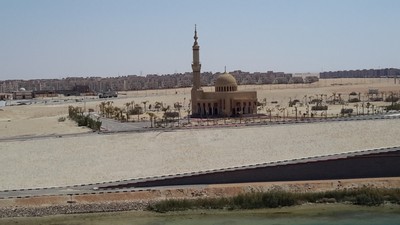 The Suez Canal is one of the greatest feats of modern engineering. It represents the culmination of centuries of effort to enhance trade and expand the empires of Egypt by connecting the Red Sea with the Mediterranean Sea. The canal was completed in 1869 amid much fanfare and celebration. When two small fleets, one originating in Port Said and the other in Suez, met at the new town of Ismailia on 16 November 1869, the Suez Canal was declared open and Africa was officially severed from Asia. Ownership of the canal remained in French and British hands until, in the wake of Egyptian independence, President Nassar nationalised the canal in 1956.

After lunch we went to the Planetarium to see the Dark Universe. It was a bit beyond us and I had to close my eyes a lot so I didn't get motion sickness.

Came back to the cabin and watched the movie "Swimming with Men". I had missed it at home and was glad to be able to see it on board ship. It was great.

Phil has a cold (so we'll all suffer)!

Our table had ordered Suckling Pig for dinner, which we shared with Ursula and Pieter at the next table. It was quite the spectacle and very delicious. Whatever we ask for, whether it's on the menu or not, they make it for us. 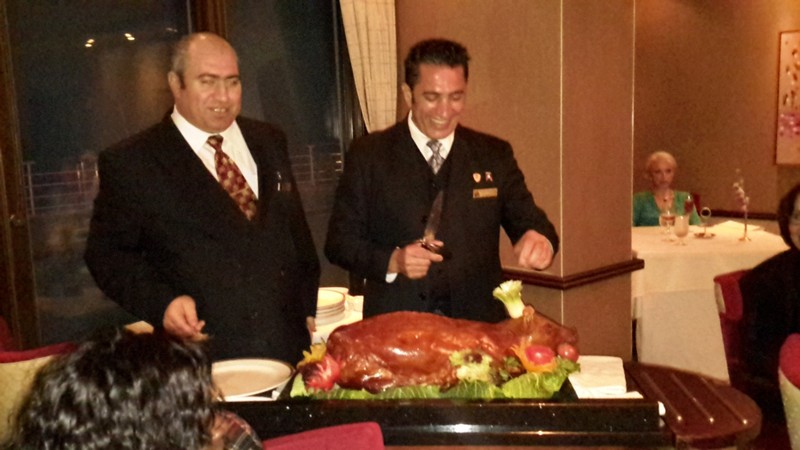 After dinner, we went to the 10.30 pm and last show on board of Peter Cutler. He is a fantastic talent, singing and tap dancing as we purposely sat in the middle of the front row to support him, because at his last show, the audience weren't very responsive. I'm pleased to say that wasn't the case tonight and they were much better. He was great as usual, but didn't tap dance, just sang great songs and told some jokes, that didn't go over very well. He should just stick to singing and dancing.

Into to bed by midnight and up early tomorrow as we are going ashore in Cyprus.

Postscript - in the suckling pig photo, notice the lady in the green dress in the background. Well, we believe that she and her husband are the Number One Travellers on Cunard ships, which means that they have spent the most amount of money on Cunard cruises, bar none - probably hundreds of thousands. She is escorted into dinner every night by the Maitre de and sometimes ship's officers dine with her and her husband.

After breakfast, we attended a lecture by Captain David Wilkinson, OBE, RN (Retd) entitled "Talking to Pirates". It was very entertaining as he was telling of his private hands-on experience with pirates.

Chris and I ordered dumplings for lunch and we had to return them as the pasta casing was rock hard!

After lunch, Phil and I went up to view the Bridge. Not much happening in there. The ship is on auto pilot. We wandered around deck 13 and 12 taking photos. 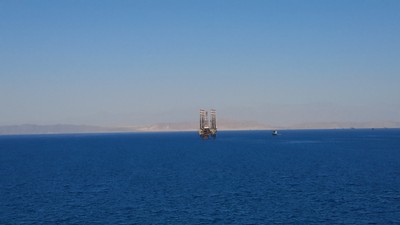 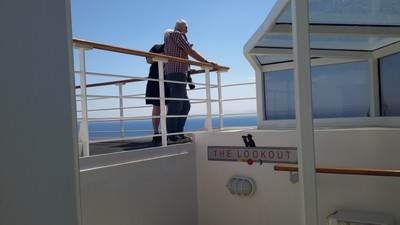 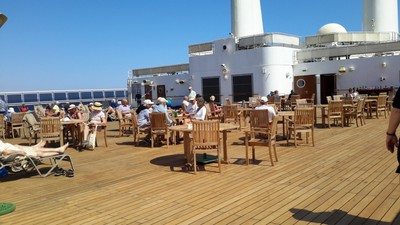 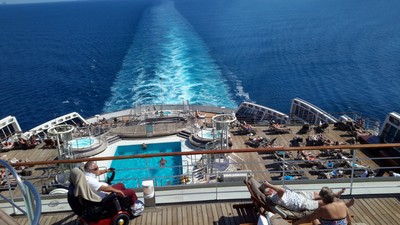 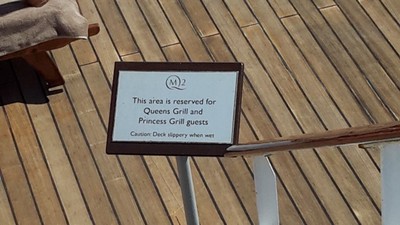 This afternoon we attended a lecture by John Laverick on the Suez Canal. The theatre was full and even though the lecture was very interesting, we both managed to nod off occasionally. The lecturer's voice is a monotone and seems to lull us to sleep!

It is a Gala Evening - the Egyptian Ball - and everyone is dressed to the nines, some with an Egyptian theme.

We went to a pre dinner concert and were very surprised to hear the performer was from Newcastle in Australia. Ashley Caruthers was his name and he was just superb. He holds the Guinness Book of records for the fastest piano player and has just come from performing in a musical as Jerry Lee Lewis. He was SO talented. He is getting off at Limassol which is a shame - I would like to hear more of him.

We had Lobster Thermidor for dinner. Yummy.

We are now anchored at the entrance to the Suez Canal. We have to obtain permission to sail through which probably means after we pay $500,000.00, then we'll be allowed to pass. They expect to get under way at about 4 am and it will take about 12 hours. Tomorrow will be a very interesting day.